Floodstop protects the birthplace of Scouting

Floodstop recently protected a number of properties on Brownsea Island from a significant high tide.

“We are delighted that we now have an easy to deploy flood prevention system on the island. It will allow us to protect our newly refurbished reception when we have exceptionally high tides. We were completely fed up with deploying sandbags in the past. The barrier was in action today and prevented flooding of the walkway and reception. It’s fantastic.” 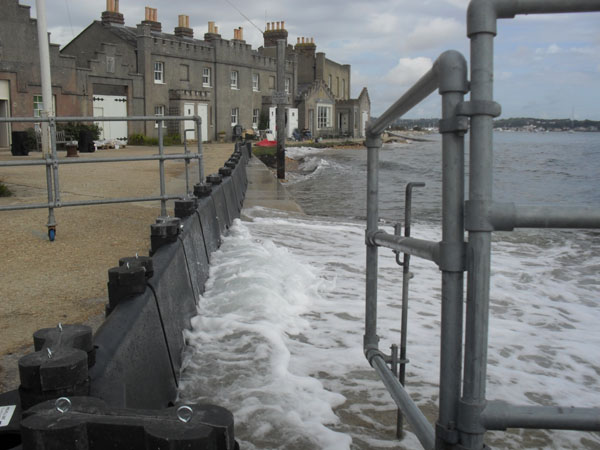 Floodstop launched at US hurricane exhibition in Fort Lauderdale

Fluvial Innovations was pleased to support our exclusive US distributor Presray Corporation at the Governor’s Hurricane conference in Fort Lauderdale, USA last month.

Since 1955, Presray has become the USA’s leader in protective door systems. They supply many proven and successful flood defence systems. 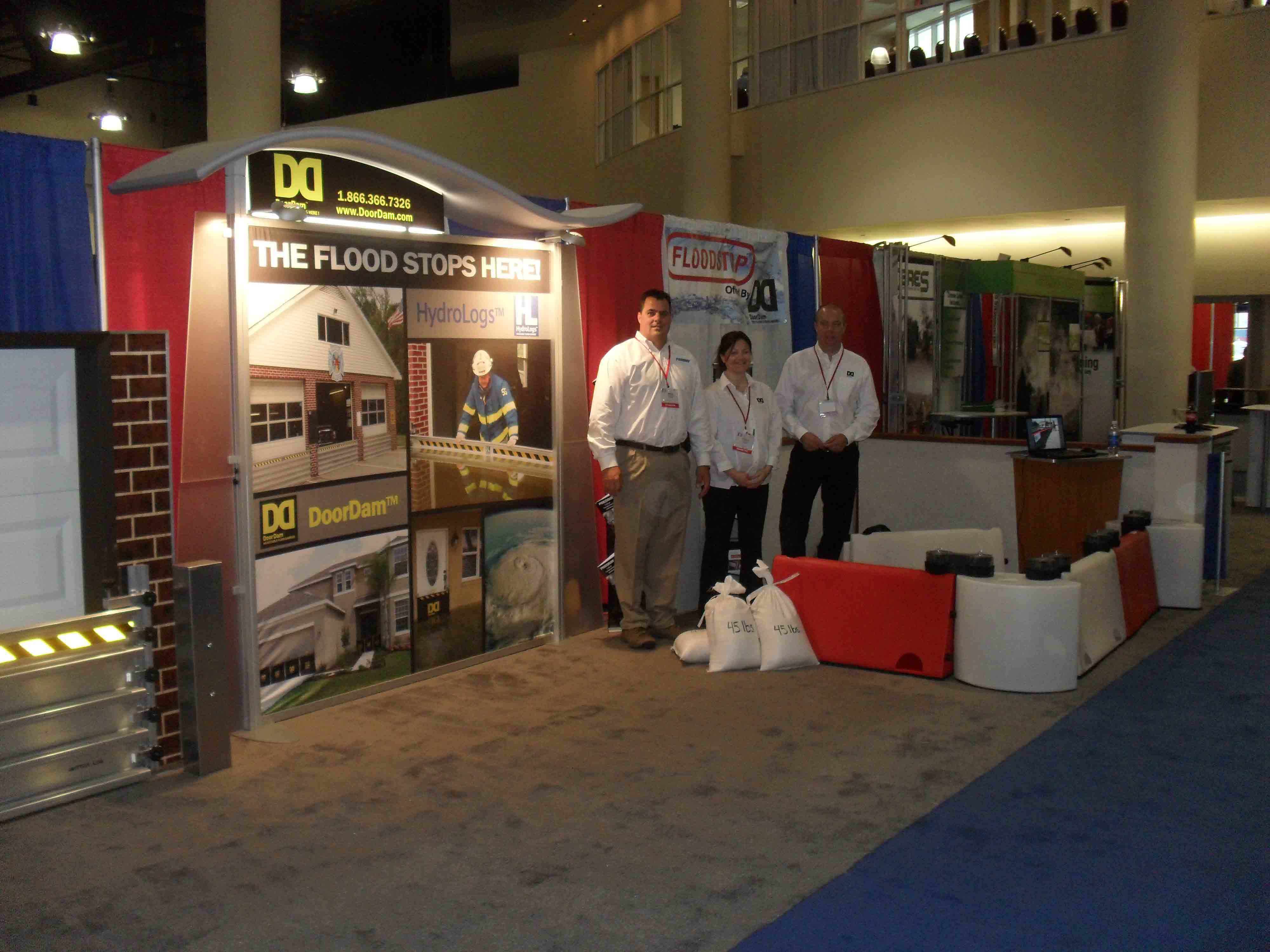 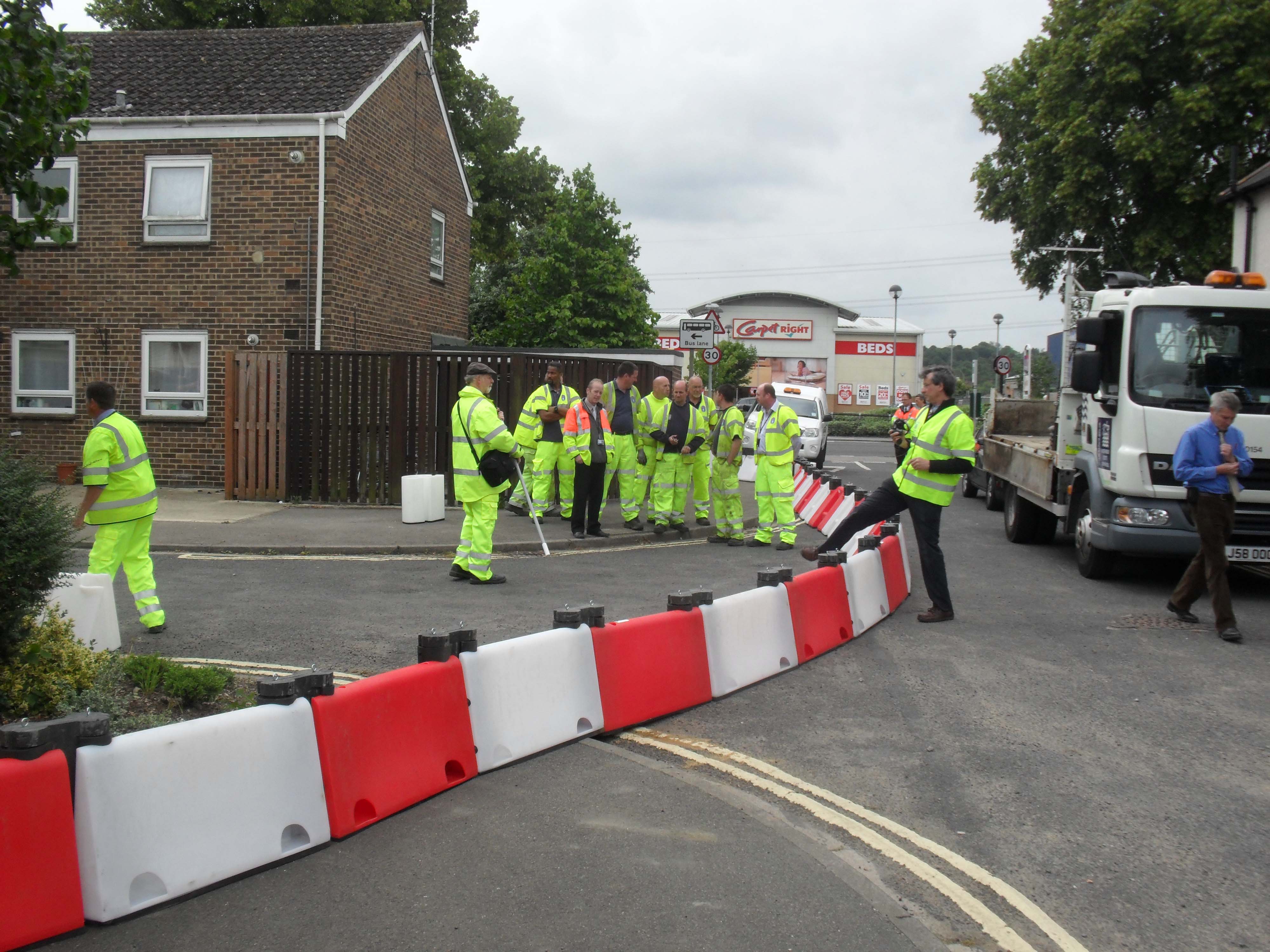 Floodstop flood defence reservoir. No membrane was used in the photo – the system was simply placed straight onto the ground!

Earlier this week Fluvial Innovations carried out a large demonstration to councillors in Scotland. The demonstration proved how the award-winning Floodstop barrier is far more effective than sandbags. Sandbags are costly, slow to assemble, ineffective and non-repeatable. 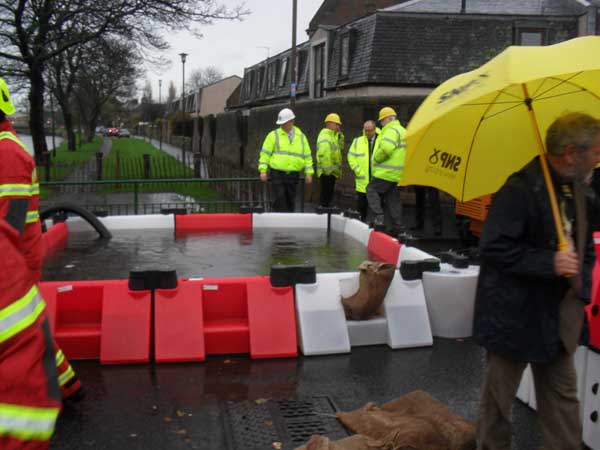 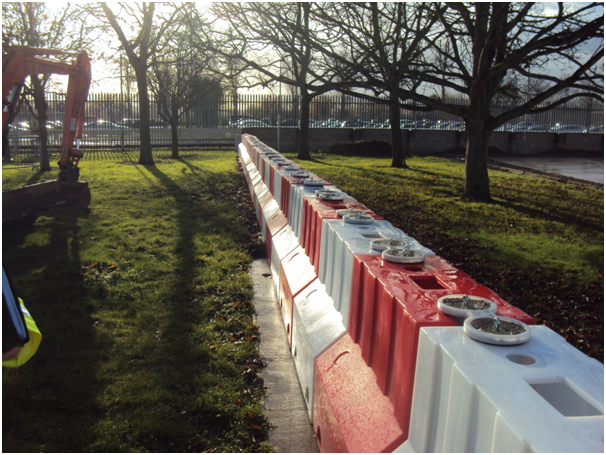 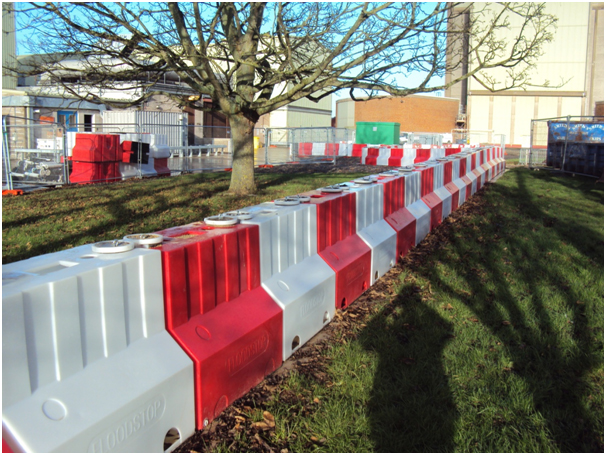 Last weekend, the award-winning flood prevention barrier, Floodstop, was demonstrated to the US Weather channel in America.

The following video shows, storm tracker Jim Cantore talking to Kevin Harris of the Presray Corporation. Presray are the official US distributor of the Floodstop – flood defence barrier.

Fluvial Innovations now a member of the Flood Protection Association

Fluvial Innovations has recently been made a member of the Flood Protection Association (FPA). The FPA provides a voice for individuals and organisations raising awareness of flooding and the preventative solutions available.

Flooding throughout the UK – Floodstop flood defence barrier in Action

Posted on 13th January 2014
In the recent floods – Floodstop has been deployed as a flood defence barrier by numbers of Authorities, Businesses and Households – throughout the UK

The UK has been battered by high winds, high tides and river flooding in recent months. These events are becoming more and more common. 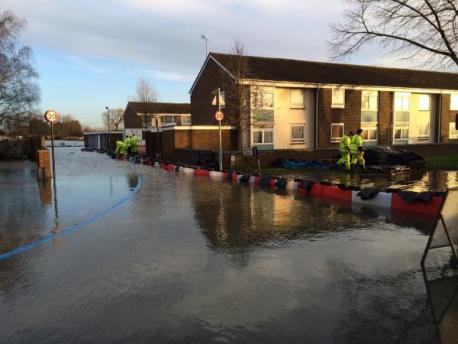 On Saturday 7th June, Fluvial Innovations attended The Environment Agency’s Groundwater Flood Exhibition at City Hall, Salisbury, UK. Floodstop was presented to all attendee’s as an option for flood protection in their region.

Fluvial Innovations was asked to attend by The Environment Agency Wessex Flood Resilience Team – the event was organised to demonstrate flood defence technologies available to affected communities in the region. 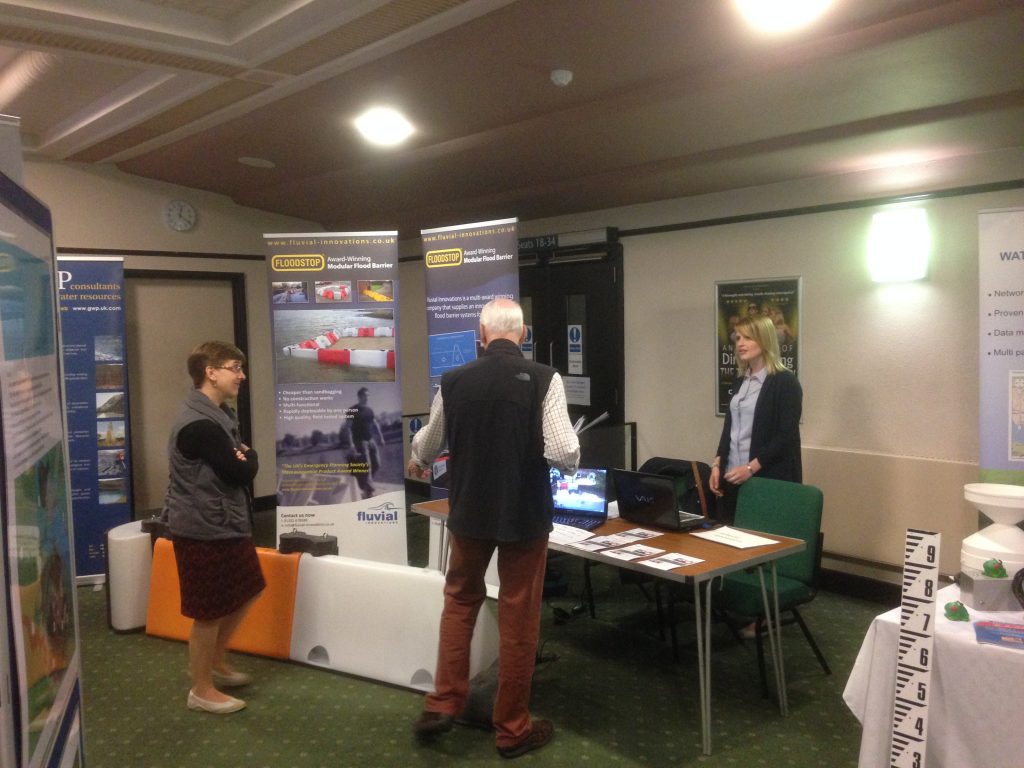 “We are using the system and it is working great; Floodstop is keeping our platform and car park open and safe to our customers and colleagues during recent extreme weather and associated flooding” – Regional Retail Manager, First Great Western. July 2014.

Posted on 17th December 2014
Fluvial Innovations recently exhibited at one of Europe’s biggest flood defence exhibitions at the London Excel. The event www.flooddefenceexpo.co.uk was a huge success and raised awareness of the threat this country faces with oncoming climate change and development on flood plains.

More importantly it gave an opportunity for stakeholders, policy makers and the public to see what solutions are available. It was a fantastic couple of days. 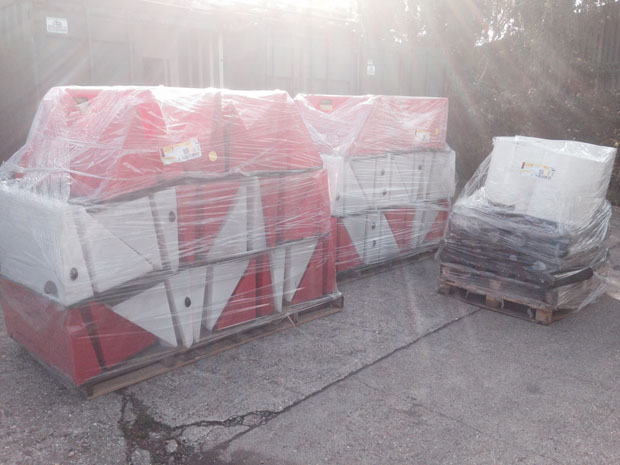 Another successful hire of our rapidly deployable flood defence barrier has been completed today.

The goods were deployed to protect against water run off at a well know a UK power station during construction works over a 6-week period.

Please contact us now if you wish to hire any length of flood barrier.

Floodstop flood barrier remains in place protecting many households from the threat of flooding throughout the United Kingdom. Images below shows Floodstop in place in North England.